MLK Day of Service: A Day On, Not a Day Off

Martin Luther King Jr. Day is a day off from work for many. But did you know that the holiday marked to honor his legacy is also a day of service? In 1983, President Ronald Reagan signed legislation that marked the birthday of Dr. King as a federal holiday. In 1994, Congress designated the Martin Luther King Jr. Federal Holiday as a national day of service and charged the Corporation for National and Community Service with leading this effort.

This “day on, not a day off”, happens on the third Monday in January. What better way to honor the legacy of a man who gave so much of himself to uplift his community and fight for civil rights?

King once said, “Life’s most persistent and urgent question is, ‘What are you doing for others?’” One of his many visions was “The Beloved Community”, a society based on justice, equal opportunity, and love of one’s fellow human beings. Dr. King accomplished a lot for the sake of civil rights and community building in his lifetime.

What Did Dr. King Do For Others? 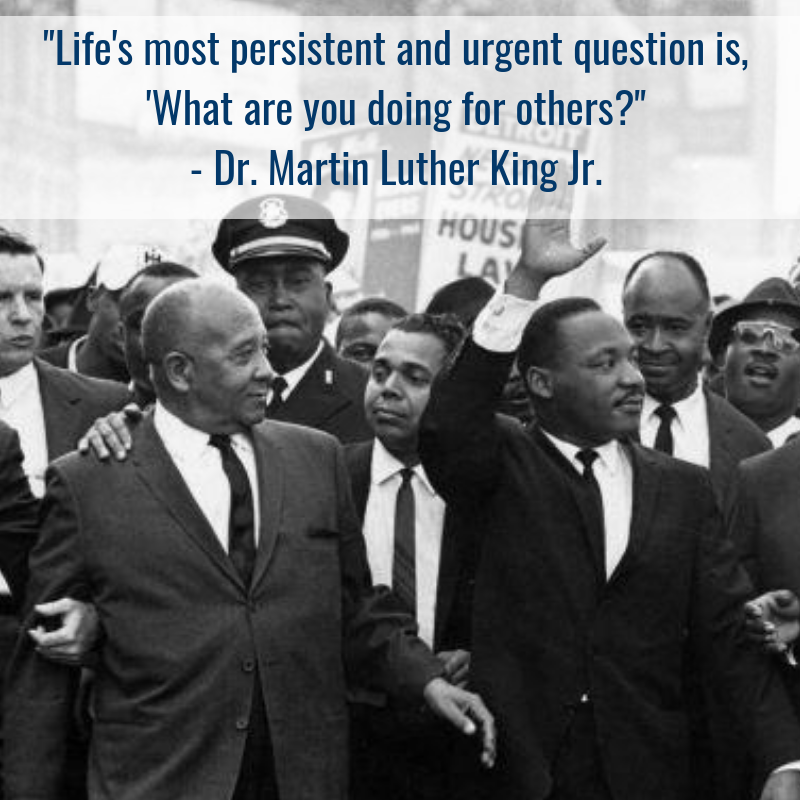 Most people know about the march to Lincoln Memorial where he delivered his famous, “I have a dream” speech. Organized by King and groups of civil rights, labor, and religious organizations, the march was made up of over 200,000 people looking to gain civil and economic equality for African-Americans.

He founded the Southern Christian Leadership Conference in order to support nonviolent protests for equality and end all forms of segregation. The SCLC protested, held marches and sit-ins, and underwent police brutality to end Jim Crow laws that enforced racial segregation.

Despite King’s non-violent tactics, his efforts led him to be arrested, abused, and threatened. His home was even bombed. And yet he kept going for justice and equality.

As you can see, MLK Day is more than just a day off, it’s a day to strengthen communities, bridge barriers, and come up with solutions to social problems. So, what will YOU do on MLK Day? You can find something in your local community here, or find a volunteer opportunity through Soldiers’ Angels at your local VA Hospital here.