March is Women’s History Month, the perfect time to highlight some amazing women who have selflessly served in our armed forces. Here are just a few.

Although women were not always allowed to serve in the military, it didn’t stop them from serving, making history, and in some cases saving lives. March is Women’s History Month, the perfect time to highlight some amazing women who have selflessly served in our armed forces. Here are just a few. 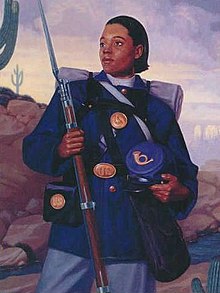 Cathay Williams was born into slavery in 1842 and at the age of 17 she enlisted voluntarily and served as an Army cook and washerwoman. In 1866, she enlisted in the Army under the false name of “William Cathay”, becoming the first African American woman documented as an enlisted army member (disguised as a man). Shortly after her enlistment, she contracted smallpox and was hospitalized. The surgeon who operated on her discovered she was a woman, and she was honorably discharged. Even after her discharge, she supported the military as a cook at Fort Union, NM and a seamstress in Trinidad, CO.

Elsie S. Ott became a 2nd lieutenant n 1941, and she was the first nurse to prepare and be involved in transporting injured soldiers across the world by plane. In 1943 she completed her first trip from India to DC. Two months after her long, gruesome journey, she was awarded the first Air Medal ever given to a woman in the US Army.

Dunwoody joined the Army in 1974, and became a second lieutenant in the Women’s Army Corps in 1975. She has served at every level of command, starting from her first assignment as a supply platoon leader. As the commander of the Army Materiel Command, one of the largest commands in the Army, she unified global logistics and maximized efficiencies. In 2008, she was promoted to general, becoming the first woman in the U.S. military to be promoted to that rank. Dunwoody retired in 2012.

Edwards made history when she took command of the service’s 8th Engineer Support Battalion at Marine Corps Base Camp Lejeune in November of 2015. Before this role, Edwards led combat engineers during the invasion of Iraq. She led more than 150 Marines and several vehicles, and in turn, earned a Navy and Marine Corps Commendation Medal with a Combat “V”.

When her squad came under fire in Iraq, Hester aided in fighting off more than two dozen enemies. Her heroism and bravery saved numerous lives and earned her the title of the first woman to earn the Silver Star Medal since WW2.

These women (and many more) have made important contributions to our military history and country. We are so grateful for their bravery and service.