Amy Palmer: Where We’ve Been and Where We’re Going

In October of 2013, Soldiers’ Angels founder Patti Patton-Bader decided it was time to retire. Unfortunately, her retirement meant possibly closing the organization all together. She came to Amy Palmer with this news, and Amy agreed to come over to the organization for a few months to help. Amy had 10 years of experience serving in leadership roles in the nonprofit realm, and decided to do an evaluation of Soldiers’ Angels to see what the best decision would be.

After doing a number of evaluations, interviewing volunteers, and the people we serve, she was overwhelmed with the level of commitment to the work Soldiers’ Angels does. The overwhelming amount of passion she found is what ultimately led Amy to stay and take on the role of President and CEO.

She took the bull by the horns and began making positive changes to help pull the organization out of debt, and steer it in the direction she saw would best fit the people we serve. That meant closing the office in California and moving to San Antonio, where the team worked from Amy’s kitchen table until we were able to secure an affordable space.

“A lot has changed since then. The organization had debt when I came on and we were working paycheck to paycheck. I had to juggle a lot to be able to meet everyone’s needs. It was a really stressful time trying to provide services with minimal money. We are so fortunate to have made it through that,” explains Amy when asked about the early days.

One of the major changes Amy made when she came on board was to refocus our efforts on serving a growing veteran population. 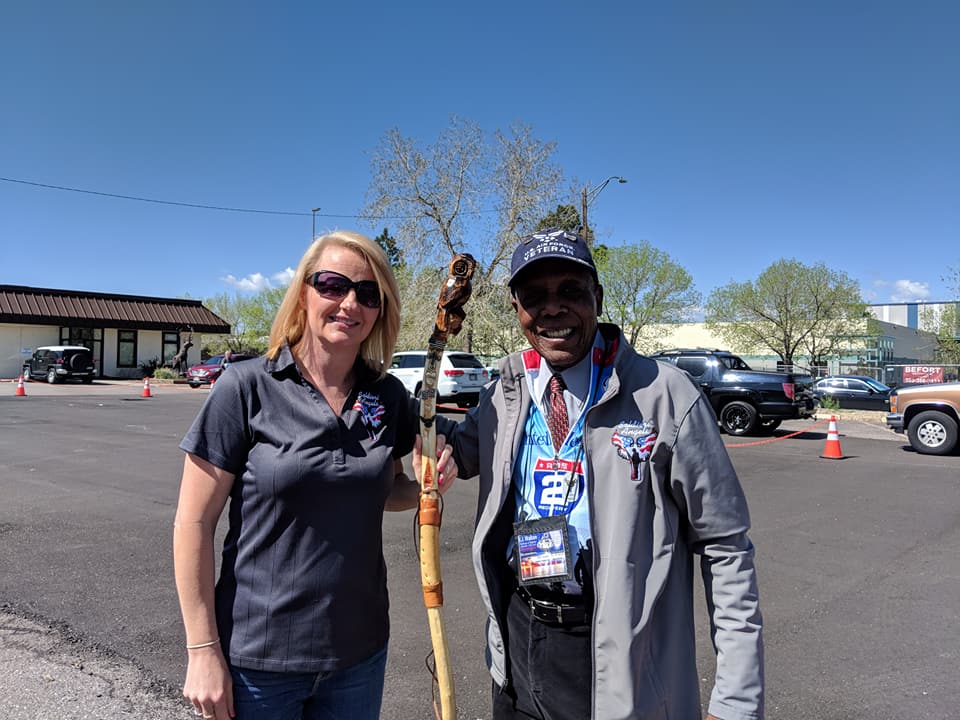 “The number of deployments had been reduced and we had a lot of volunteers who weren’t being utilized. We added some family programs – like the Women of Valor and Baby Brigade program. These programs are a way for us to serve military families and give our disabled or homebound volunteers the opportunity to help but in a different way.”

Although there were reduced deployments, Soldiers’ Angels still had a number of engaged partners and donors giving supplies for care packages.

“We didn’t want to have to re-direct donors giving us items like Girl Scout Cookies, Popcorn, hygiene items, etc. so we just repurposed them for our veterans.” 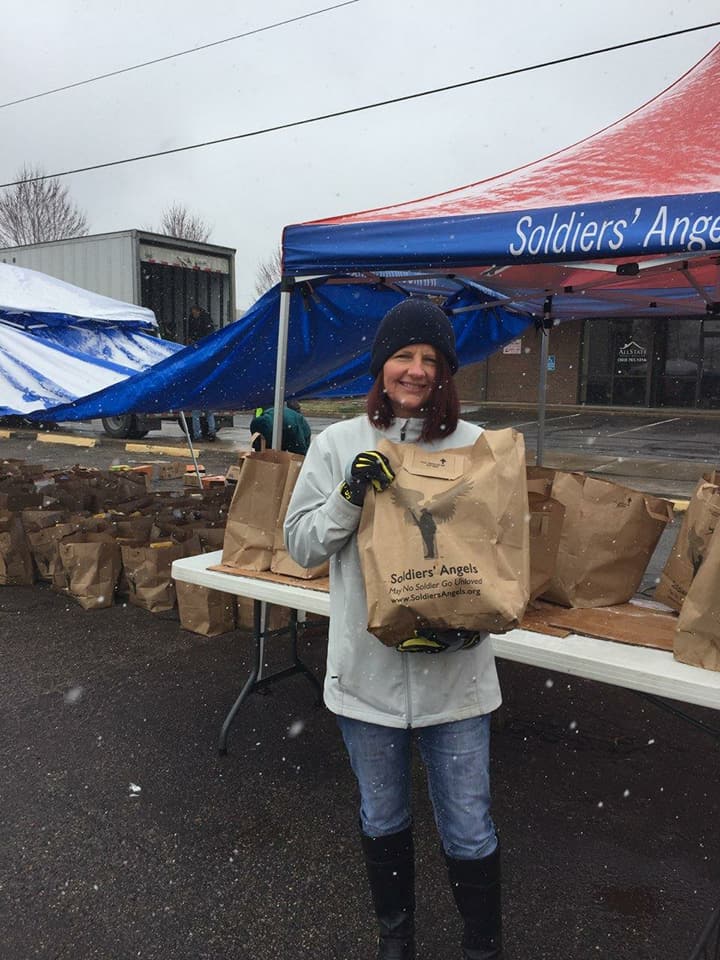 “We really built up the veteran support program. We didn’t want to redirect sponsors. So we redirected some of the donations.”

That was just the beginning of the growth of our Veteran Support Programs. Under Amy’s leadership, Soldiers’ Angels also partnered with Food Banks to create Mobile Food Distributions across the country for at-risk and homeless veterans.

Looking to the Future

Amy and the leadership team at Soldiers’ Angels are always looking for ways to meet the needs of our veterans and troops in ways that make sense for our organization.

“We work with the VA staff and with the populations we serve to determine where the need exists, and where we can meet it. We don’t want to do something someone is already doing. We want to fill some of the gaps. What has minimal cost but big impact?”

One example of that is a lack of transportation to medical appointments. A lot of veterans miss their appointments because they can’t afford to get to them. That’s a gap where Soldiers’ Angels has decided to step in and fill by providing bus fare. We will also be providing Cantine vouchers to the VA cafeteria so our veterans don’t miss meals. The HUD/VASH population is another population who could use support.

“We surveyed VA staff about the needs that exist. HUD/VASH (the VA’s version of subsidized housing for chronically homeless), has been growing. We are going to start offering HUD/VASH move-in kits. Families moving into HUD/VASH housing will receive the basic supplies needed to move-in: blankets, pillows, shower curtains…”

Soldiers’ Angels has come a long way since Amy took over. Her leadership and passion to serve our veterans, military families, and troops is unrelenting. We are so fortunate to have her and can’t wait to see what the future has in store for our now 15 year old organization!