PTSD: What It Is and How It’s Treated

Despite all of the research done, there are still a lot of misperceptions about the disorder, and a lot of people who go undiagnosed. Here are some things to know about PTSD.

June is National PTSD Awareness Month and June 27th is National PTSD Awareness Day. PTSD stands for Post Traumatic Stress Disorder and is something that affects many of our service members who see combat overseas. During World War I, it was referred to as “shell shock” and after World War II, it was referred to as “combat fatigue” (this was before major research was done on the condition).

PTSD does not just happen to combat veterans, it can happen to anyone – no matter your age, ethnicity, gender, or culture. According to the American Psychiatry Association, it affects approximately 3.5 percent of U.S. adults. Despite all of the research done, there are still a lot of misperceptions about the disorder, and a lot of people who go undiagnosed. Here are some things to know about PTSD. 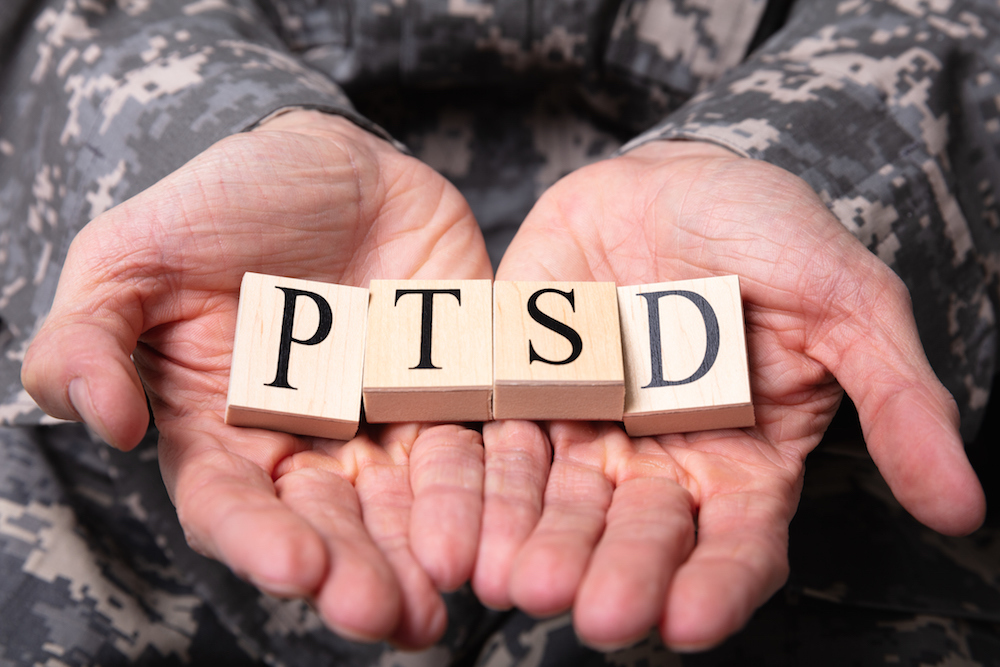 PTSD is a psychiatric disorder that can occur when someone has experienced or witnessed a traumatic event. It can happen from a natural disaster, a serious accident, a terrorist act, war/combat, rape, or a violent assault. PTSD is often a scar our service members return home with after seeing combat or witnessing a traumatic event. Unfortunately, our heroes have to endure unbelievable hardships and see unspeakable things during deployment. Maybe they were injured during combat, maybe they witnessed a fellow service member fall… there are many things that happen over there that could cause PTSD.

People with PTSD can be triggered by outside stimulations that relate to the trauma they’ve experienced. It can cause them to relive the event through flashbacks or nightmares that can sometimes be debilitating. One common trigger for combat veterans is fireworks, which can sound like gunfire. Due to the intensity of the flashbacks, people with PTSD may avoid situations that remind them of the traumatic event. Due to the intensity of negative thoughts and feelings, they may also alienate themselves from loved ones, and stop doing activities they once enjoyed.

While each traumatic event is different and unique to the person, there are four categories of signs/symptoms to look for.

How PTSD is treated

While PTSD cannot be prevented (unless of course, you live in a bubble), it can be treated. The Department of Veterans Affairs offers treatment plans designed to help service members and veterans feel safe in the world and live happy and productive lives once again. Treatments for PTSD include different types of psychotherapy (talk therapy) or medication – it all depends on the individual and their needs. Psychotherapy treatments are one of the best options for PTSD. In psychotherapy, techniques such as visualizing, talking, or thinking about the traumatic memory are used to help the patient process their traumatic experience.

PTSD should not go untreated

PTSD can have serious impacts on a person’s life – to include reckless behavior, self-harm, and even suicide. If you or someone you know suffers from PTSD, please share these resources. It could save their (or your) life.