Our blog today is an intimate look at one individual’s personal journey through his struggles with service-related PTSD. David was an employee of Soldiers’ Angels and, as our Veteran Support Volunteer Manager, he was an integral part of finding volunteers to work within the VA Hospitals we serve. David also served in the Army for six years as a Combat Medic. He was deployed to Iraq two times in the early 2000’s during the height of Operation Iraqi Freedom. After 12 years of struggling with PTSD, this is the first time David is sharing his struggles with anyone outside of his friends and family. 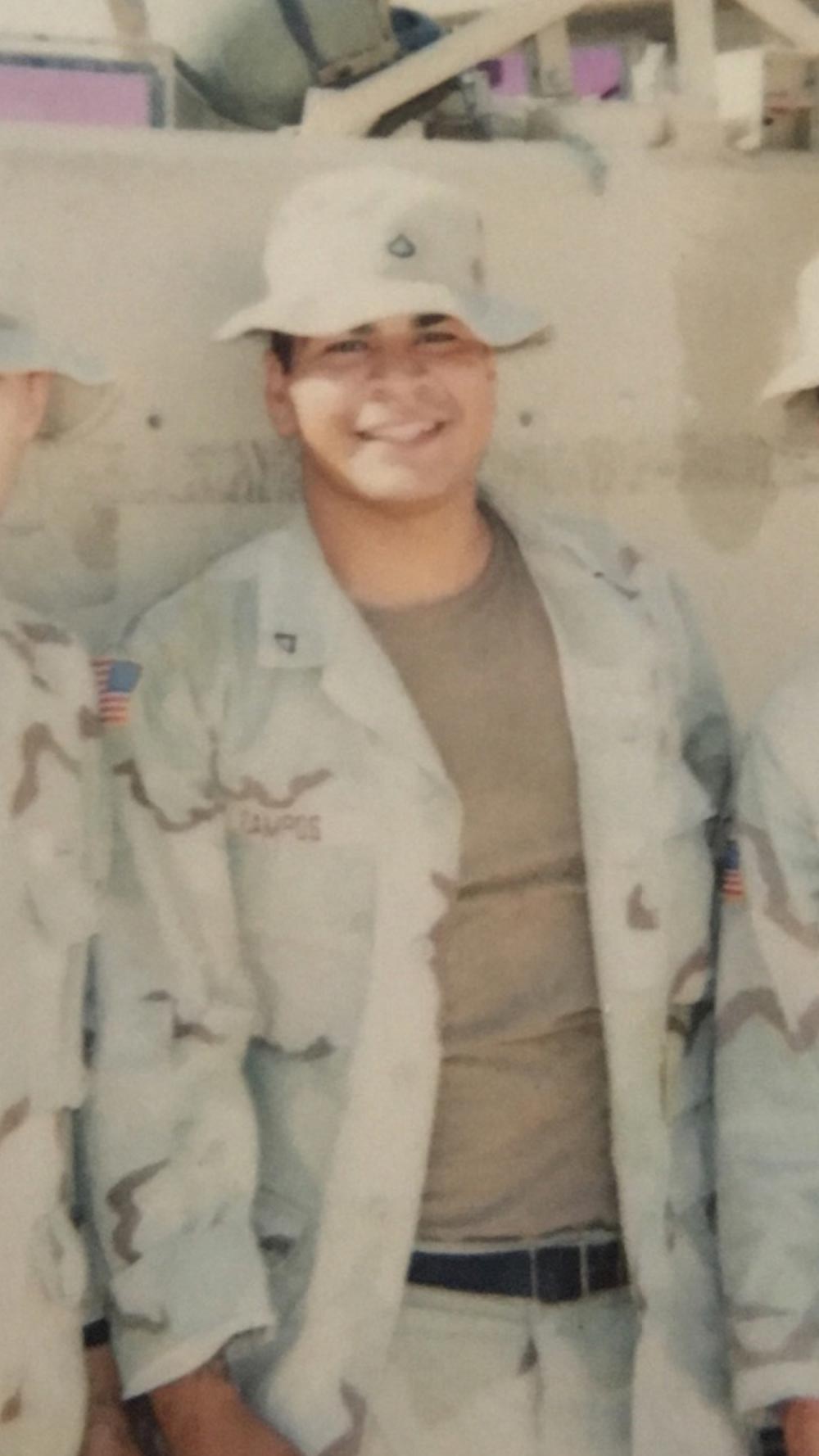 I was a fresh-faced 19-year-old when I joined the Army. Before I joined, the only direction I had to go was down. The same direction I felt upon returning home after my final deployment in 2006, but we’ll get to that in a minute. Like most young adults, I joined the military for the college money and the opportunity to travel. Little did I know the horrible and beautiful places it would take me.

I picked the job of Combat Medic. When watching the video of the job, it showed operating room procedures in a hospital setting and people making a difference saving lives and helping those who medically needed assistance.

Next stop, Basic Training in Ft Leonardwood, Missouri – which was an awesome experience as our class was dubbed “the last of the old Army”.  My Advanced Individual Training was the next stop, which happened in my home city of San Antonio, nonetheless. Midway through our training, we were sitting in our classroom as we watched the tragic events of 9/11 unfold before our very eyes. The following year would change my life forever.

After completing my training, I was assigned to Ft. Carson in Colorado Springs, Colorado. It was 2002 and I was excited to be on my own in such a beautiful state. As a wide-eyed kid out of my element, I was actually happy with the change and adapted very well to military life and my environment.

Almost a full year of training exercises could’ve never prepared me for the initial invasion of Iraq in 2003- Operation Iraqi Freedom. We were all over the country during that tour establishing our home base at an overtaken air base, AL Assad in west Iraq. We had no armor on our vehicles and the rules of engagement felt transparent. We lost brothers every day and as a medic in the field, it made the experience that much scarier. It gave the feeling that I would never see my family again. The first time my mother heard my voice was almost 6 months into the deployment. I felt and thought about my worrisome mother as we were raised as a tight Hispanic family. I was exposed to things that television or cinema cannot do justice by a longshot. I returned home 14 months after I set foot in a foreign country for the first time.

I don’t think PTSD had a chance to pick me as I was a victim of stop-loss and returned back to Iraq within the year for another year and some change. It felt as if we never left as we still experienced tragedy every day. Not only was I a medic, but this time I also worked as a prison guard part-time. I was numb for the whole deployment. Even when experiencing losing soldiers close to us, I remained numb.

After that 2005 deployment, I was ready to return home to Texas. My family and friends were grateful to have me home but something just didn’t feel right. I couldn’t sleep without feeling fear, anxiousness and most of all… anger. I drank heavily every day and abused drugs every chance that I got so that I can create some kind of mask and hide what I was feeling. I drank to numb my feelings and used drugs to sleep or stay awake when I was too terrified to close my eyes. Numerous counseling sessions, group therapies, and anti-depressants could not fix what was going on in my head it seemed. I shut the world out. Refusal to come out of my home and talk to anybody would last for weeks, sometimes months. I was in the darkest place that I could ever imagine and I was living in fear constantly.

I couldn’t enjoy San Antonio’s yearly Fiesta celebration that I had loved so much growing up as I didn’t feel safe because of the crowds. I couldn’t even drive a vehicle for a while for the fear of IED’s (dead animals and trash in the road still terrify me to this day.) New Year’s and the 4th of July were out of the question for so long, and sometimes they still are from time to time. Taking my life felt like the only way to stop this revolving door of madness that only I could see and feel.

I’m so anxious writing this now (just thought I’d share as this anxiety never goes away, just kind of gets buried a bit.)

So, it has to get better right? Or, there just has to be a happily ever after. Well, it does get better. It has been 12 years since I returned home and I have fought for the last 4-6 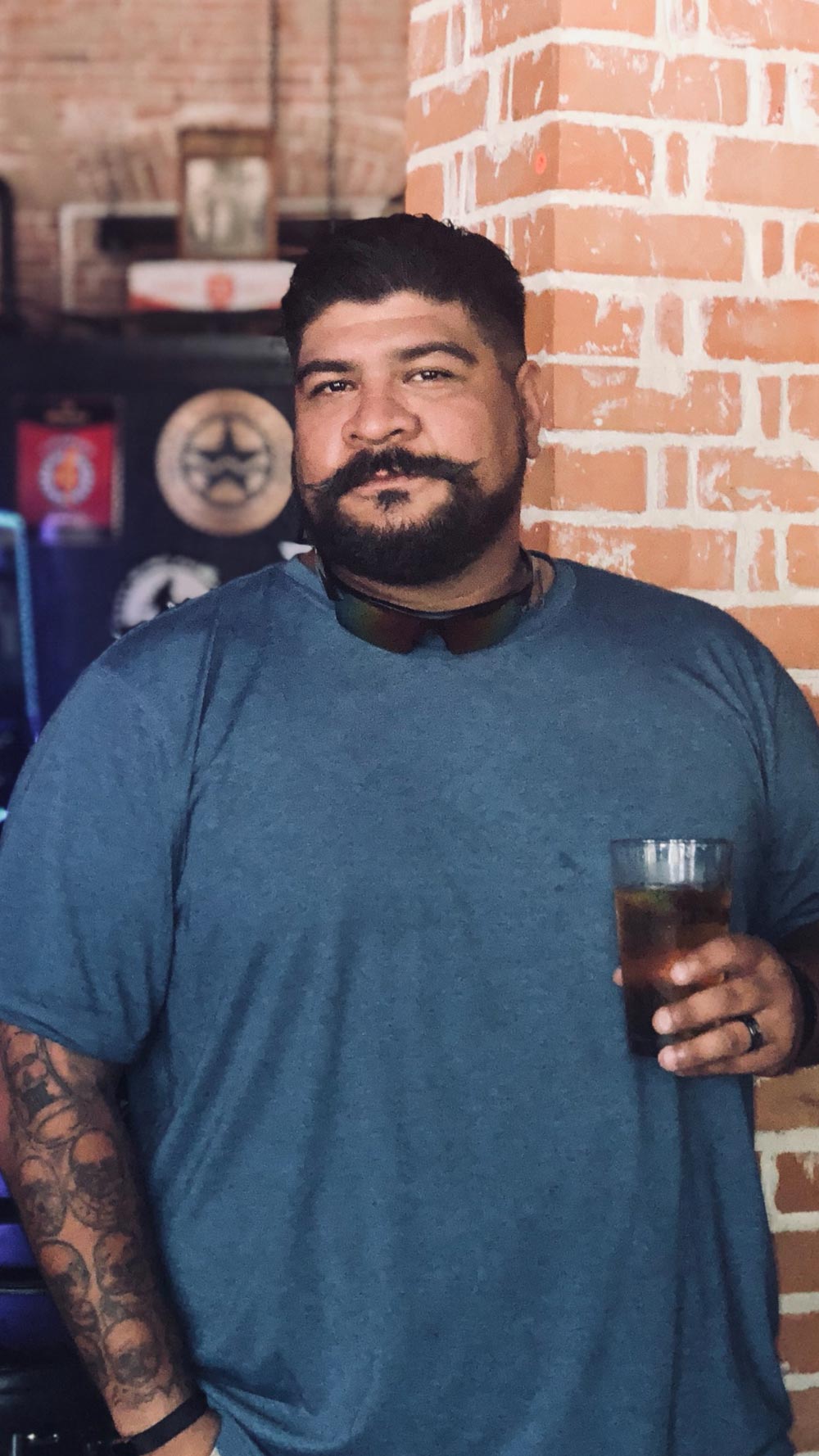 years. What I mean by that, is the first step to recovering from PTSD is admitting that there is a problem and mustering the willingness to get help. My support structure is also a big part in my recovery as I have family and friends who want me in this world. They make me feel important every day and never let me forget that I do mean something and that I am somebody that matters. You want to know the real cure for PTSD? It’s LOVE. That is the greatest medicine on the planet and it doesn’t cost a dime.

Now, don’t get me wrong, I struggle daily with my illness and I do believe there are different levels and categories of PTSD. But being surrounded by good people such as family and friends helps me get through every waking and sleeping moment.

If you are someone who struggles with PTSD of any kind and feel alone, don’t be afraid to reach out and ask for help. Asking for help is the bravest thing that those of us that suffer from this illness can do.

What others need to know is that PTSD is very real and can have lethal consequences. We need to raise more awareness for this concealed illness. I am proud of being the voice for the voiceless and if there are any of my brothers and sisters out there who want to join forces to become louder, let’s do this and make a difference together.

Aside from friends, family, and therapy, is there anything you do to help pull yourself out of the dark times?

I always revert to three things whenever I feel like I am in the darkness: I listen to music – from country to rock, hip-hop and everything in between. A day doesn’t go by that I don’t play some of my favorite songs.

Movies are also big for me. It takes me away and for about 2 hours I am not thinking of my PTSD. I’m a horror fanatic and have a whole leg tattoo sleeve dedicated to my horror favorites.

The last thing I do is write down my feelings. I have an ongoing memoir that I would like published one day. It has some pretty scary stuff in it but I do believe it can open some eyes and minds.

If someone reading this is experiencing PTSD from military service, where or how do you recommend they start when reaching out for help?

Start by reaching out to those close to you, family and close friends if you are comfortable. Do not hold it inside too long. Then start at the VA hospitals as you can learn more resources from there and those individuals that are going through the same thing. Talking helps, believe me.

If you or someone you love are suffering from PTSD, help is a phone call away.