D-Day and the Power of Teamwork

By the summer of 1944, World War II had been raging for nearly five years. The Nazis overtook Paris in 1940 and four years later still held a choking grip on France. Relief needed to come, but in what form would it be? With the cooperation of British and Canadian troops, General Eisenhower began to plan the operation that would define the remainder of the war: D-Day.

Codenamed “Operation Overlord”, D-Day served as the turning point for the Western Front. The Allied forces were able to give France back to its people. Five incredibly brave forces: two American, two British, and one Canadian, stormedfive beaches of Normandy in the early morning on June 6, 1944. The beaches were code named Utah, Omaha, Gold, Sword, and Juno respectively. The immediate results of the day were catastrophic—to one side more than the other. While the more strategic General Rommel was on leave, Hitler clumsily fell for the ruse that the true invasion would come from General Patton at Pas de Calais. Operation Overlord and the subsequent Invasion of Normandy would serve as the tipping point for the war. Despitegreat losses, the Allies prevailed in retaking France and kicking the Germans back to the East. And, of course, due to their actions on D-Day, the Allies ultimately won both the European Theater and the war. 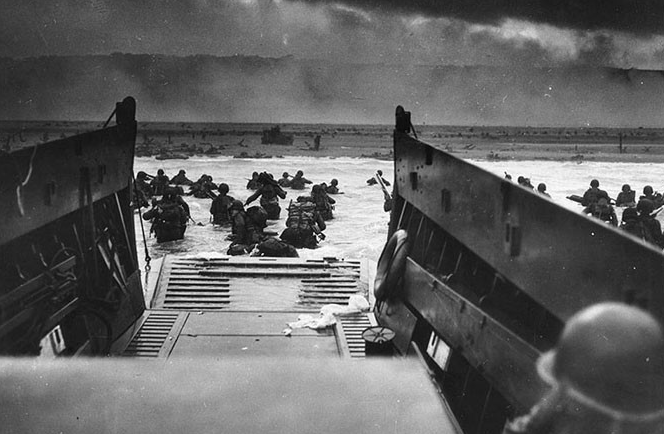 June 6, 2016 will be the seventy-second anniversary of D-Day. Why do we still remember this day in history? Why has it served to live on? Yes. It is still the largest amphibious attack in history; thousands of lives were lost. But, why do we remember it in a positive light? The history of D-Day, more than anything else, represents what is arguably the most incredible exhibition of teamwork ever carried out.

D-Day is an example of some of the strongest military values—trust, strength, bravery—put into practice on the grandest scale in history and it succeeded. We still look to the example of those thousands of men on that dank and cold fifty mile stretch of beach. These were men—teammates—from all walks of life. They came from different backgrounds, different countries, different beliefs, and so forth; however, they all came together under deft leadership in order to achieve something great. Despite their terror, these people persevered. That is why we remember.

Everyone, especially those serving on active duty, can learn from D-Day and apply those lessons to both their work and day to day life. Look around you and identify your teammates. They might not be invading Normandy a few miles away, but they could be sitting next to you on a bus, throwing you the ball, or asking you a question in a meeting. Let’s learn the lessons of this day together: accountability, preparation, and trust will get you farther with a team than you could ever go alone.