We love seeing companies take time during the holiday season to give back. Each year we highlight a company that has gone above and beyond for our troops and veterans. This year it’s the Philadelphia 76ers.

On November 21st, more than 200 volunteers, including 76ers players and coaches, Toyota employees, and military service members worked together to give back. They packaged 2,000 holiday stockings, 2,000 hygiene kits and 1,000 boxed lunches for deployed service members, and veterans at the Veterans Affairs Hospital in Philadelphia.

It truly was a team effort as staff, players, the 76er’s CEO, Dunk Squad members, cheerleaders, team DJ, and even the mascot Franklin pitched in to help!

“The NBA, and its teams and players, have a long history of collaborating with the military. The 76ers and Toyota’s “Stars and Stripes” initiative enhances the NBA’s initiative to honor military and their families, veteran-serving organizations and retired servicemen and women. Soldiers’ Angels was an incredible partner in this event and truly exceeded our expectations.” – Nick Deludes, Manager, Events & Activations, Philadelphia 76ers

We loved partnering with the 76ers and had a blast at their annual event! 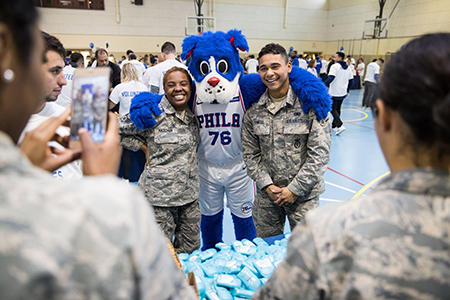 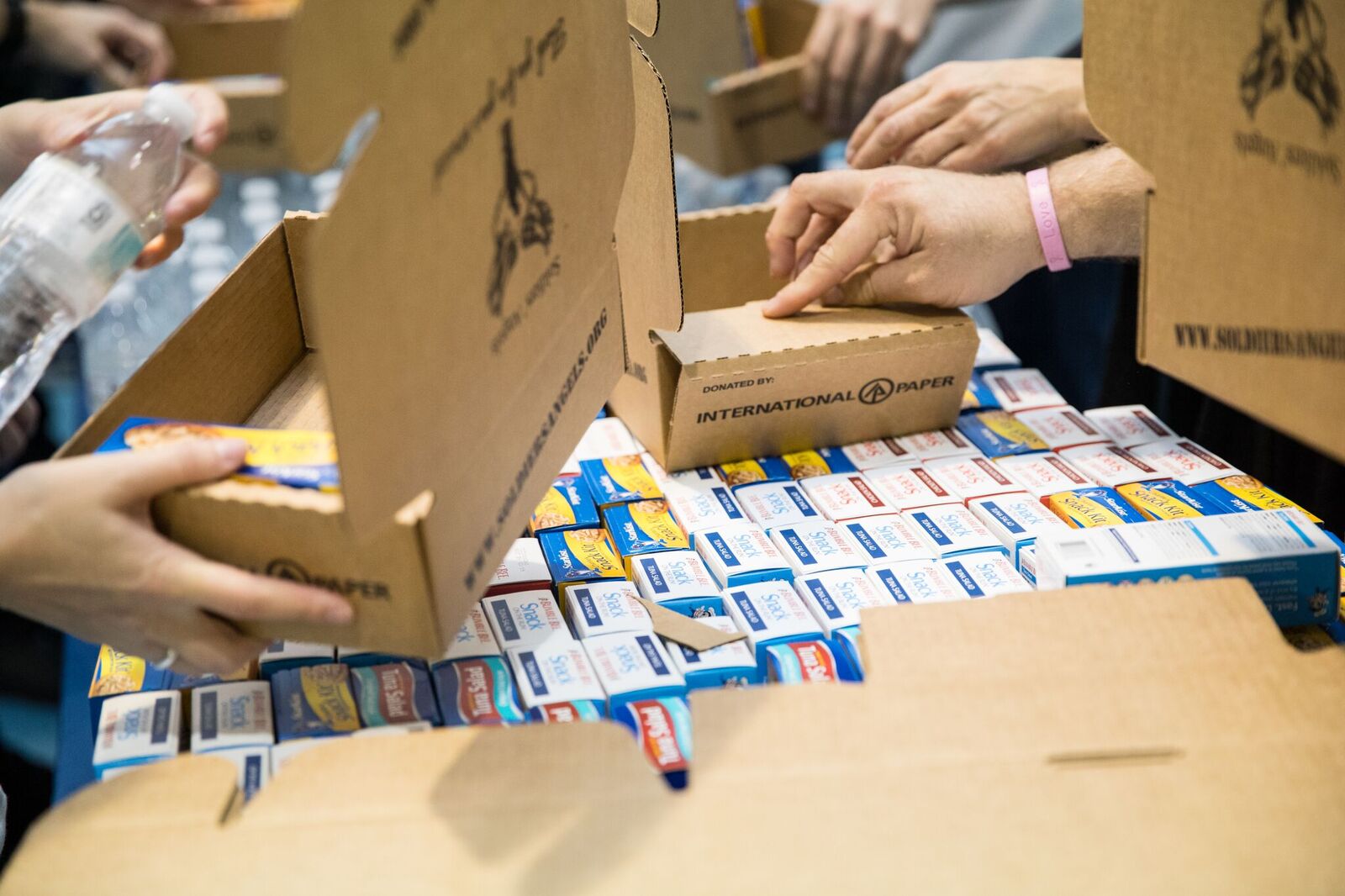 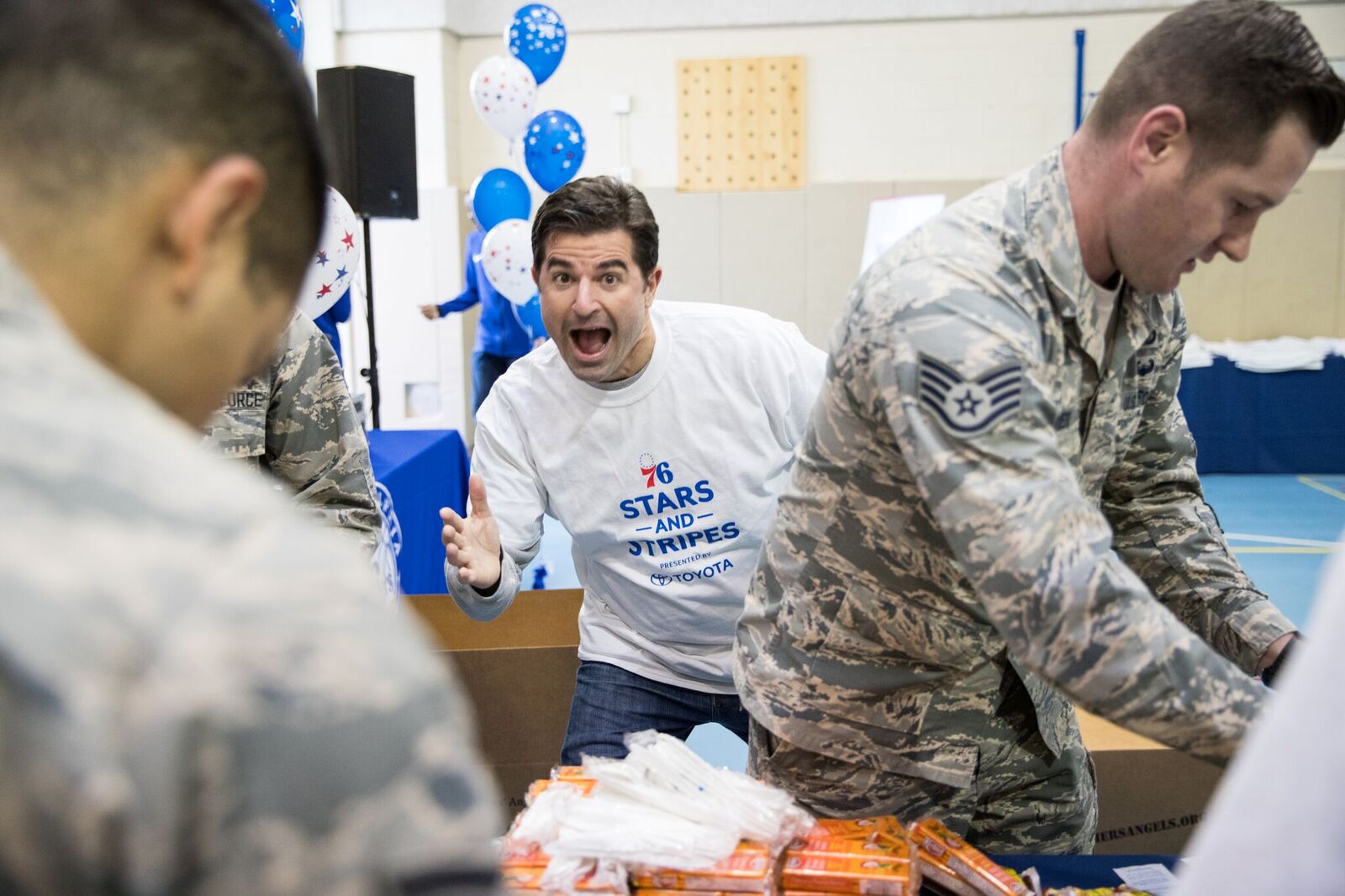 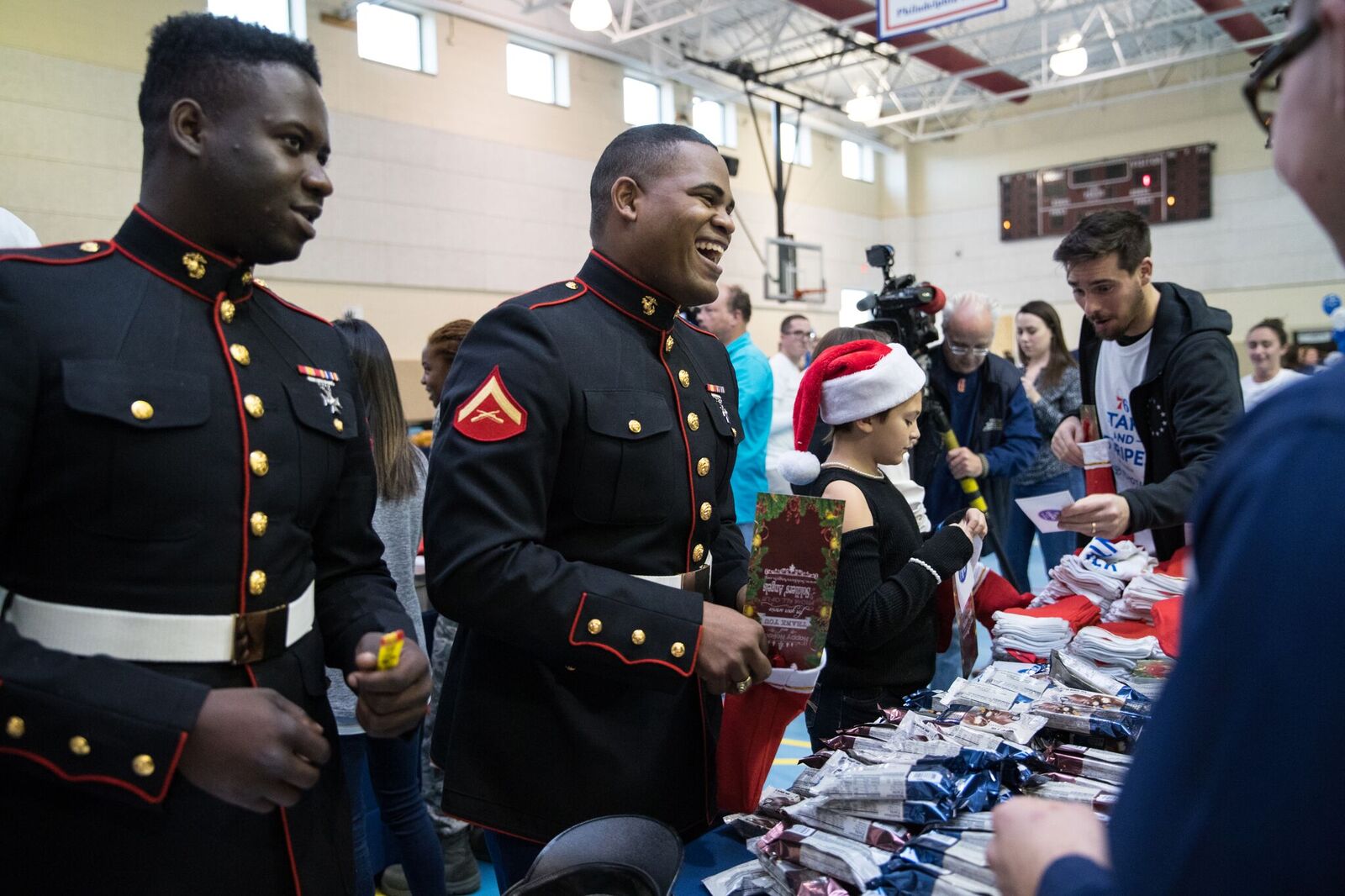 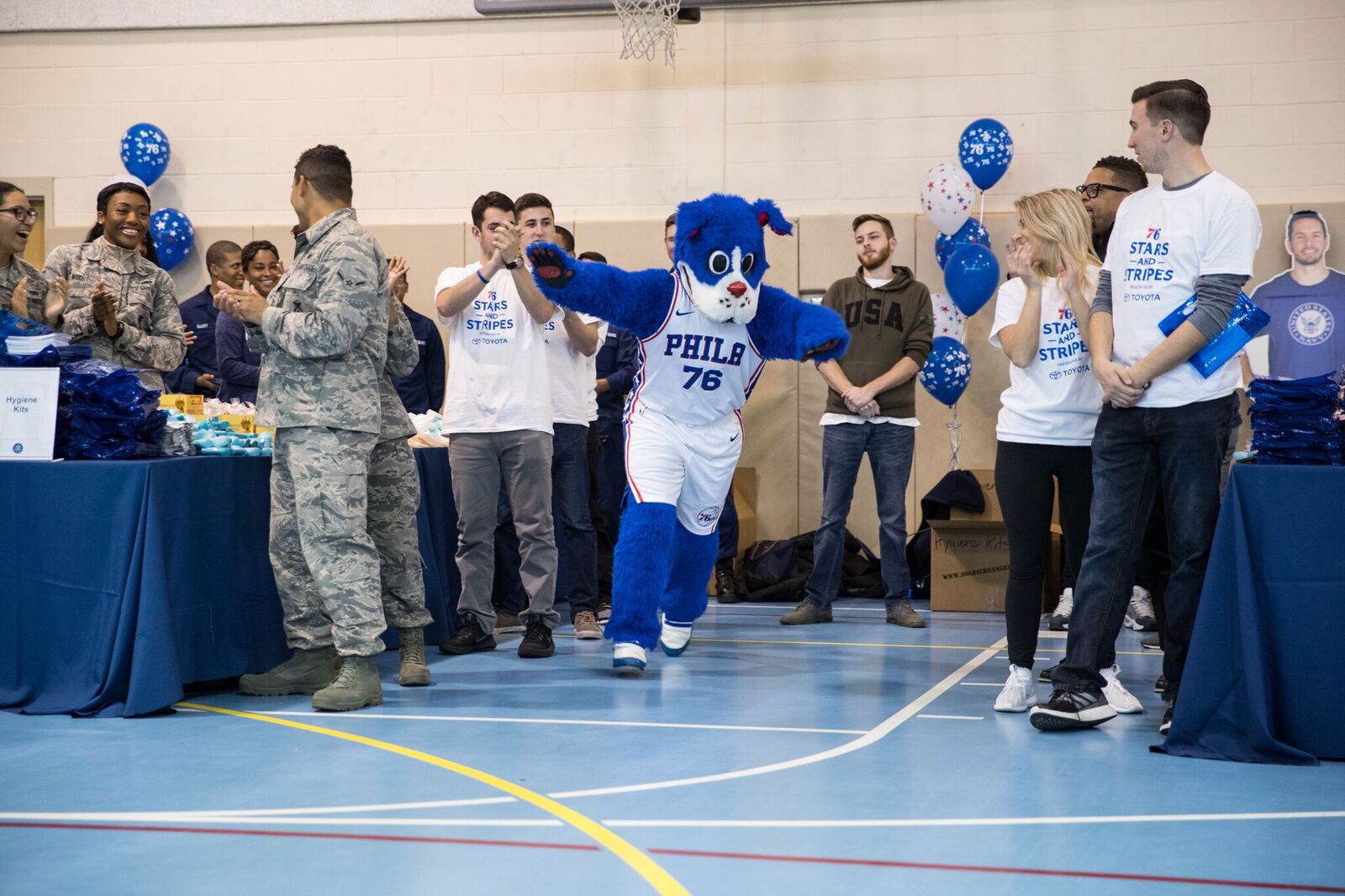 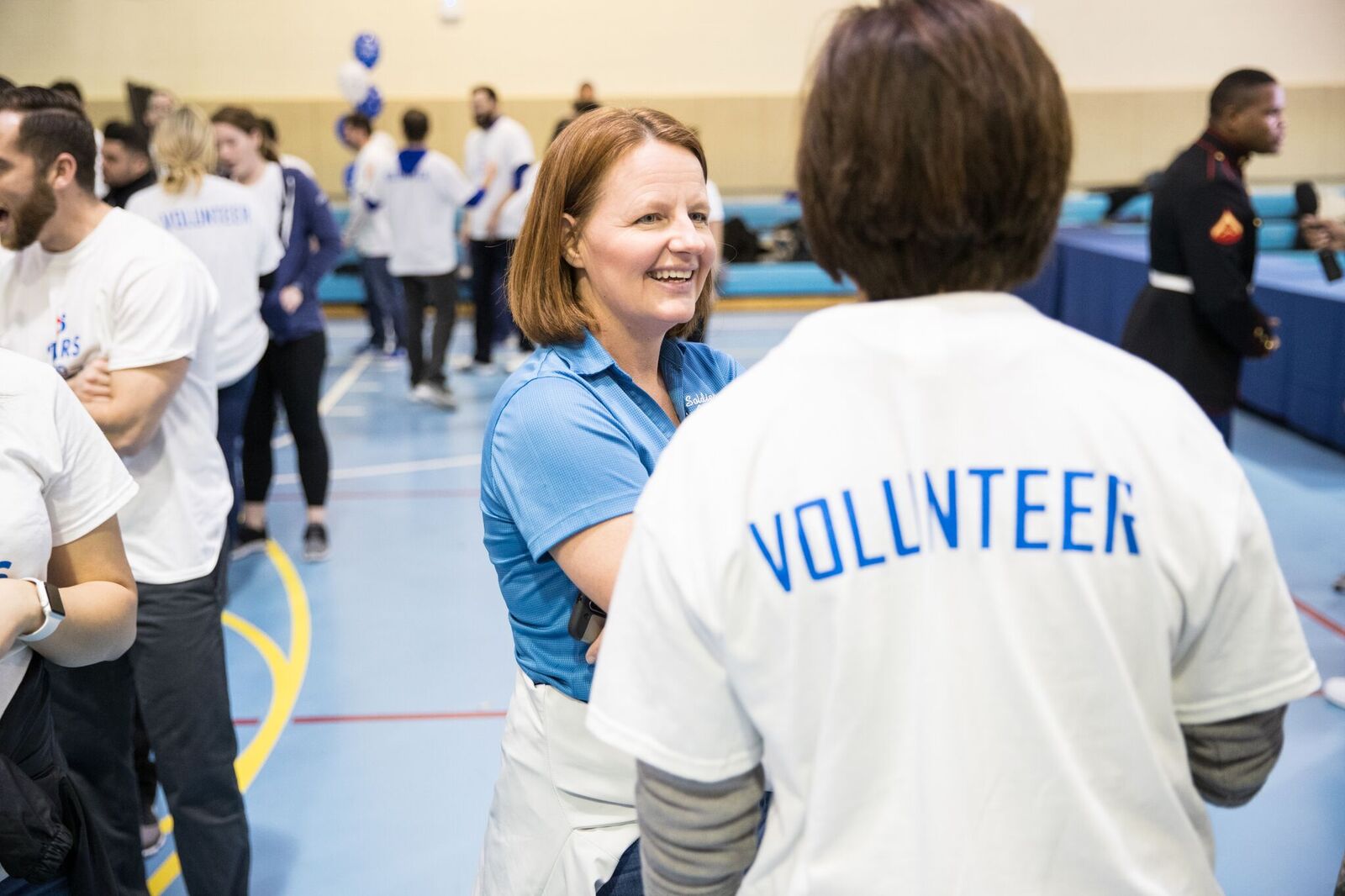 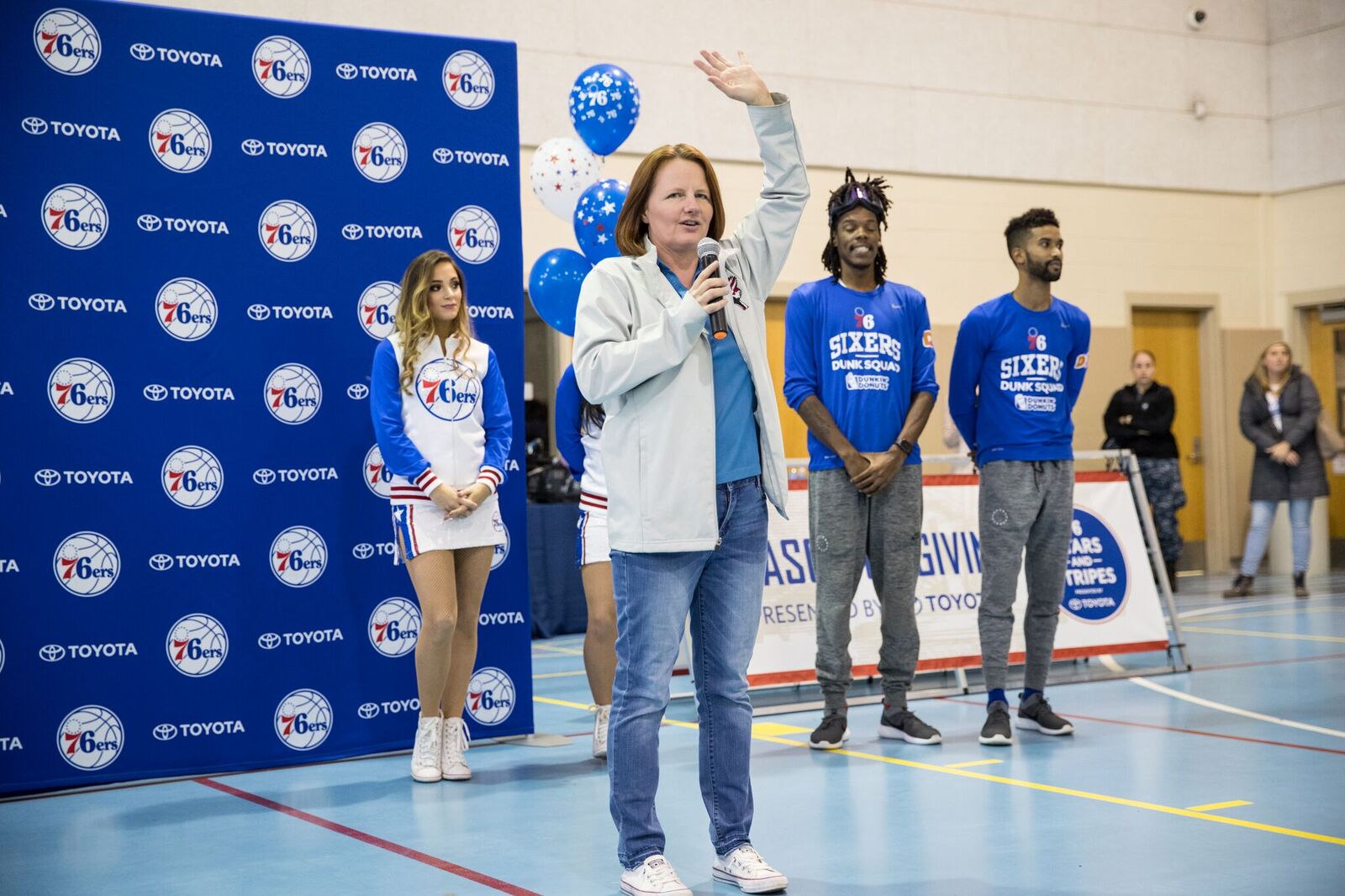 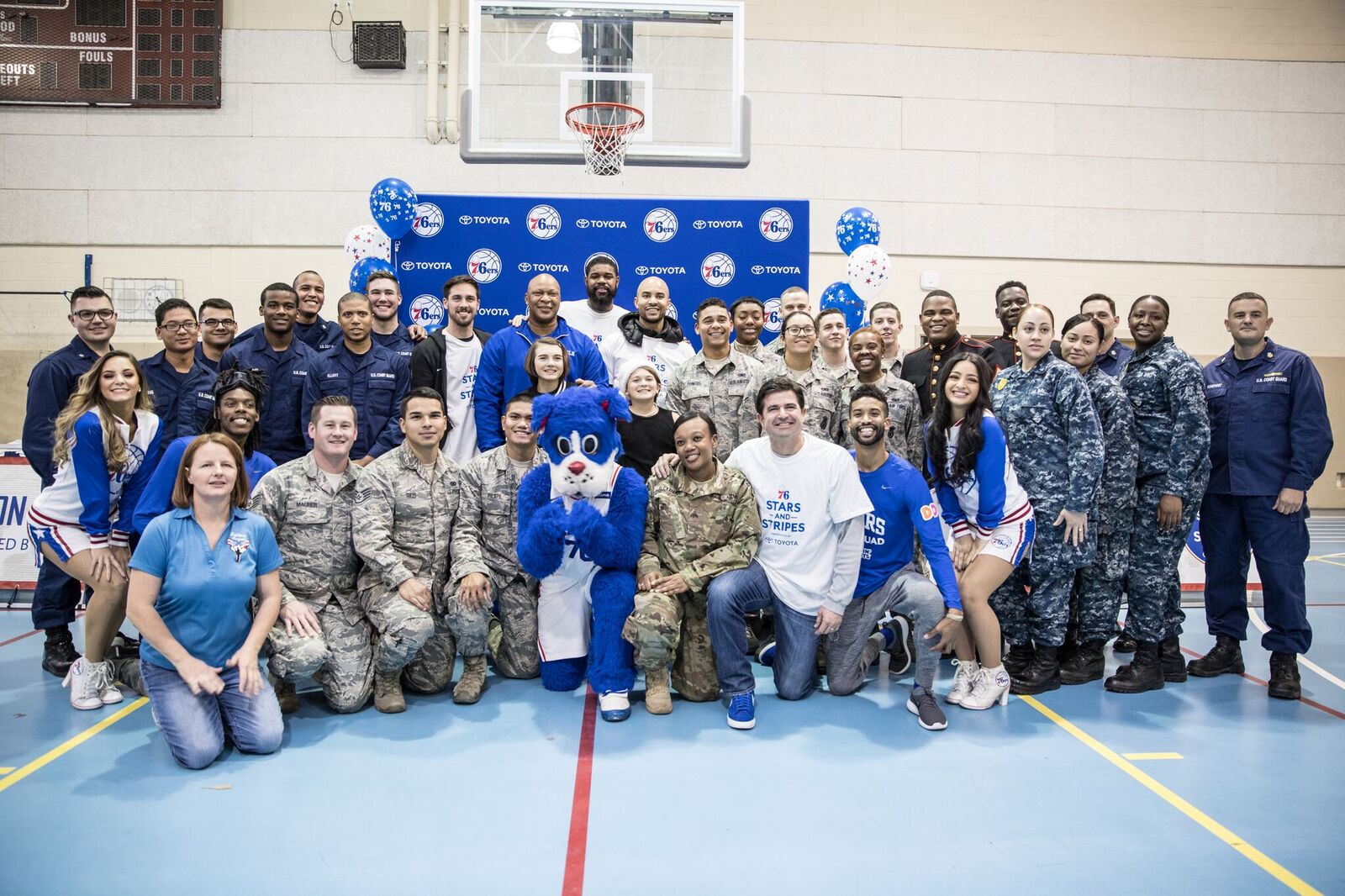 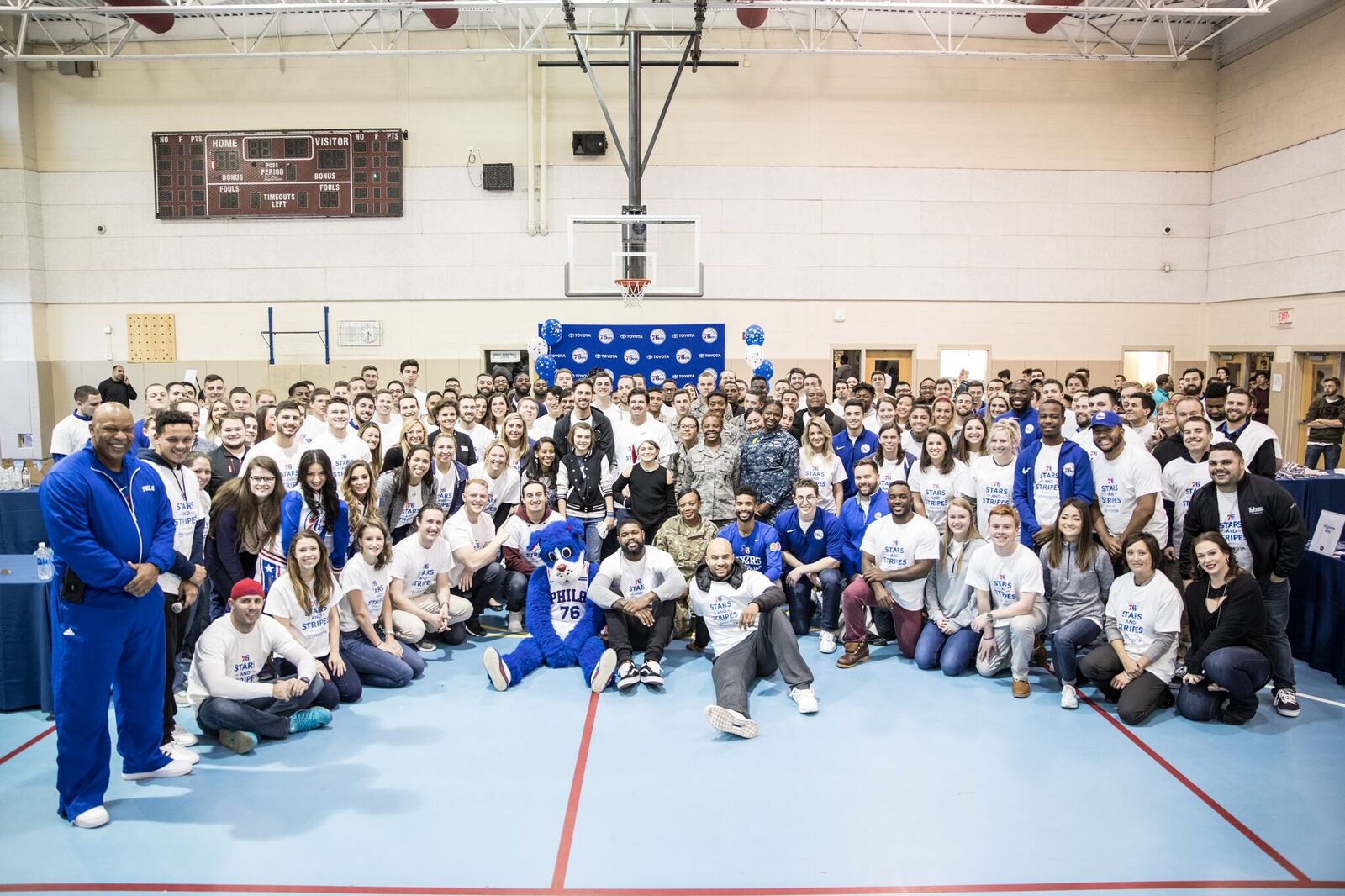