Leslie Scott has been writing letters to our troops since 2006. What started out as one letter and a desire to support deployed soldiers has turned into an epic letter writing blitz that just doesn’t stop. In fact, last week she wrote her 10,000th letter since she started keeping track in 2013!

Leslie started out as an angel for our Letter Writing Team while stationed at the United States Army War College in Pennsylvania with her then active duty husband. As one of the few enlisted families there, Leslie was looking for a way to give back.

She stumbled upon Soldiers’ Angels, talked to her husband about it and signed up for the Letter Writing Team to write to soldiers who may not have somebody back home supporting them.

Leslie set a goal for herself to write one letter a day. One letter increased to two, then to three, and she found herself writing three letters to troops every single day.

It didn’t take long for our teams to realize her potential. Leslie become a group leader, started training group leaders, and somewhere along the way became the team leader for both the Letter Writing Team and the Deployed Adoptions team. Leslie kept writing though: 3 letters a day. [Leslie is now the VA Program Manager for Soldiers’ Angels] 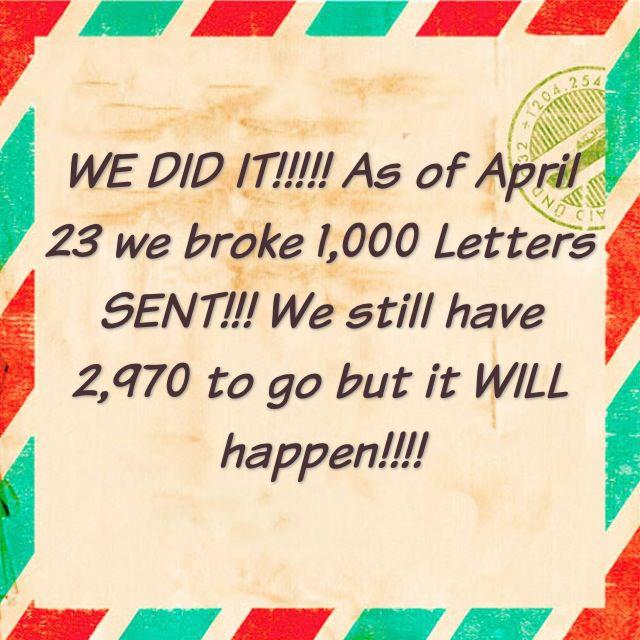 Leslie has a Facebook page she started in 2013 called 4,000 Letters From Home. Her goal was to write 4,000 letters in one year – and she did it with time to spare! It all started with a conversation about Letter Writing at Walmart – yep – Walmart. Leslie was encouraging another person to write letters when she was interrupted by an older gentlemen who claimed,

“All kids these days want is packages. A letter doesn’t make any difference.”

Leslie, who has firsthand experience of just how impactful a letter can be, challenged the man to tell her why he thought that was true. He had no answer. So she challenged him to pick a number and declared that she would write that many letters.

From that day on Leslie wrote every single person who signed up for deployed support. Every single person. That was no less than 14 letters per day. She wrote from January 1st 2013 and finished her 4,000th letter on August 31st 2014.

… And then she kept going. Right before Thanksgiving a big unit of soldiers deployed to Korea signed up for support. She wrote to all 650 of them. It took four days to hand address the envelopes (Leslie hand addresses every envelope because it adds a personal touch) and four trips to the post office to mail them.

Speaking of the post office – her postman gives her an extra bin for when she’s got an overwhelming amount of letters to send out and the post office calls her the “Minion Mail Lady” because of her Minion themed letters. 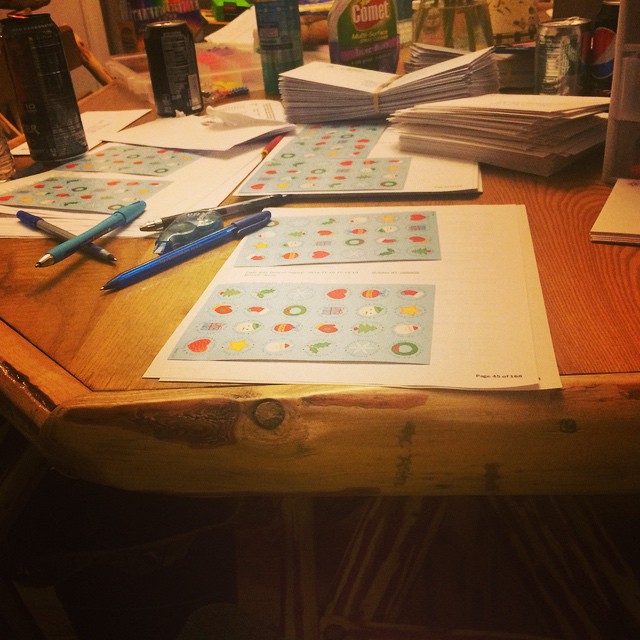 How does she write so many letters?

First you should know that Leslie didn’t set out to do this it just happened. She does it because she can. According to Leslie, this is what she was meant to do and she loves doing it.

Second, Leslie NEVER goes anywhere without a pen, stamped envelope and a pad. She also has pens and pads in every room of her house. In fact, her friends call her Office Depot because of the amount of office supplies she has. Every year, Leslie puts stamps on her Christmas List.

She also gets a lot of support from friends and family who want to give back but are unsure of what to write – instead they drop off supplies to her house so she can keep sending letters.

What does she write?

Leslie has developed a good flow in her letter writing over the years – which she says was hard to do. A lot of Letter Writers struggle with what to write. She writes about her family and her husband who was in the military.

She says, “Keep it simple. You’re introducing yourself to a person for the first time. It’s not necessarily going to be an ongoing conversation though.”

Her flow goes like this: She starts with an introduction to try and make them feel comfortable, and thanks them for their service. Then she asks some general questions and writes about herself and her family, where she’s from, etc. Leslie says asking questions gives them a reason to write back and gets them to talk about or think about home. She ends with an invitation to write back but tells them that they do not have to.

Leslie says, “Once you hit your stride you will figure out what to say.”

Another cool tip is to make business cards with your contact info to send with the letter. It’s easier for them to carry around than a letter. 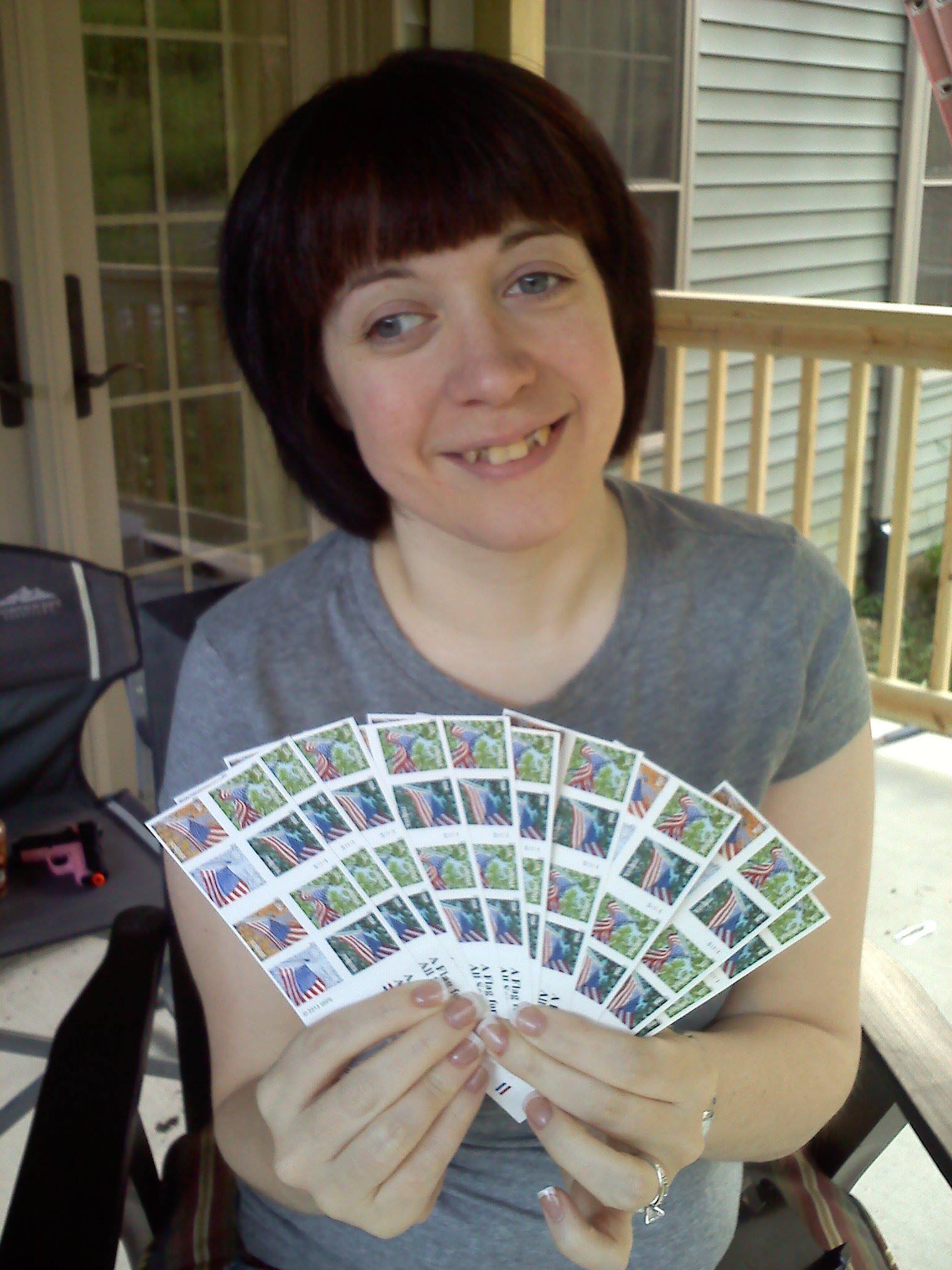 “You don’t have to do what I do. I have the resources and the ability to do it. It doesn’t matter if you write 6,000 or one. At the end of the day it doesn’t matter how many, it matters how much heart you put into them. That one that you put effort into matters as much as the 10,000.”

“One letter, one stamp, a piece of paper and a pen. You don’t know how much power that has.” This is the lesson Leslie is teaching her son: that something as small as a letter matters. It’s powerful.

There has been a lot of research done on deployed soldiers who come home and the level of support they received while they were overseas. Soldiers who have a consistent level of support throughout their deployment have an easier time transitioning after deployment. This means that the letters that our angels write make a HUGE difference in the lives of our troops – whether they write back or not.

If you want to join the Soldiers’ Angels Letter Writing Team, click here for information on joining. The commitment is as little as one letter per month and as much as two letters per day.

For 2015, Leslie’s goal is to hand write every single letter.

“I saw the profound impact on one person. If I can have the same impact on everyone I send letters to, it’s worth everything I put into it. “