The Murph for Vets and… The Rock?

One man has made it his personal quest to get The Rock to join him in the well-known intense CrossFit workout, The Murph-- and he's doing it all just to give back to service members and veterans while raising awareness about the work Soldiers' Angels is doing to support them.

What is “The Murph”?

All in a 20-pound weight vest.

Could you do it?

One man has decided to give back to military service members and veterans by committing himself to do The Murph Workout every single day until Dwayne “The Rock” Johnson does the workout with him! His goal: raise awareness and funds for Soldiers’ Angels. Currently, he has a monetary goal of $25,000— however, he’s willing to keep going even beyond that goal until Mr. Johnson takes notice of his efforts!

That man’s name is David Barnett from Lubbock, Texas. 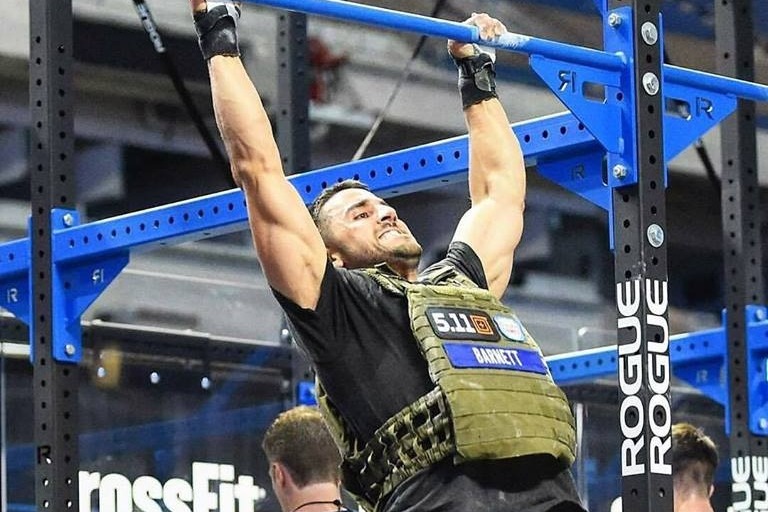 David began his campaign in early January 2019 with a GoFundMe titled “Get ‘The Rock’ To Do ‘Murph’ With Me for Vets!!!” He began blasting social media channels with his campaign, tagging Soldiers’ Angels, and, of course, tagging The Rock. His campaign is slowly gaining traction across the internet and has already raised over $2,500 towards his goal.

As a part of our normal course of action when individuals or businesses proclaim they are raising funds for us, some digging is required to find out who is doing the fundraiser, why they are doing it, and if the fundraiser is legitimate. So we tracked down David to make sure everything was in order and were delightfully surprised at his desire to spread the word about Soldiers’ Angels and his commitment to help raise funds for no other reason than just to “give back.”

“When you get to a certain point in your life you start to think about what really matters and why my daughter gets to wake up safe in bed every morning. It’s because of service members and I simply want to give back to them,” says Barnett.

Barnett himself did not serve in the military, but his desire with this challenge is to pay homage to the hard work and sacrifice of our nation’s heroes. The campaign itself is dedicated to the memory of Navy Lieutenant Michael Murphy who was killed in Afghanistan on June 28th, 2005.

“The Murph” workout was named in honor of Lieutenant Michael Murphy— it was his favorite workout to do— and has since become a well-known workout in the CrossFit community.

Those who have experience in CrossFit undoubtedly know the term “Hero WODs” or Hero Workouts of the Day. “The Murph” is just one example of a hard-core workout that is on the list of hundreds of “Hero WODs.” Each workout is named after a fallen hero and is intended to be performed with intense effort to honor that hero and all of our fallen heroes.

Who Is David Barnett?

David Barnett is a family man, entrepreneur, and philanthropist from Lubbock, Texas. When he is not ‘working out’ his philanthropic spirit or spending time with his daughter who just turned 6, he is running his business, Macroholics Nutrition, a Nutrition Coaching Company that works with individuals and businesses around the world to help them achieve remarkable changes through diet and exercise.

Although Barnett himself currently looks like a hardened warrior ready to deploy with his Special Ops Team at a moments notice, he has not always been chiseled and cut. Just over four short years ago in October of 2014, Barnett weighed in at 275 pounds. Through good nutrition and CrossFit (he emphasized that he does not use any supplements), Barnett completely transformed his body. In May 2017 he weighed in at 183 pounds and was very active within the CrossFit community (prior to owning a Nutrition Coaching company, he owned his own CrossFit Gym). In 2018, he participated in a Fit 2 Fat 2 Fit Challenge and intentionally gained some weight back (brave man!) — taking him back up to 222 pounds by March of 2018. Remarkably, as a part of that challenge, he completely transformed his body again… this time in only three months… by June 2018, he was back to 183 and maybe even more ripped than before? 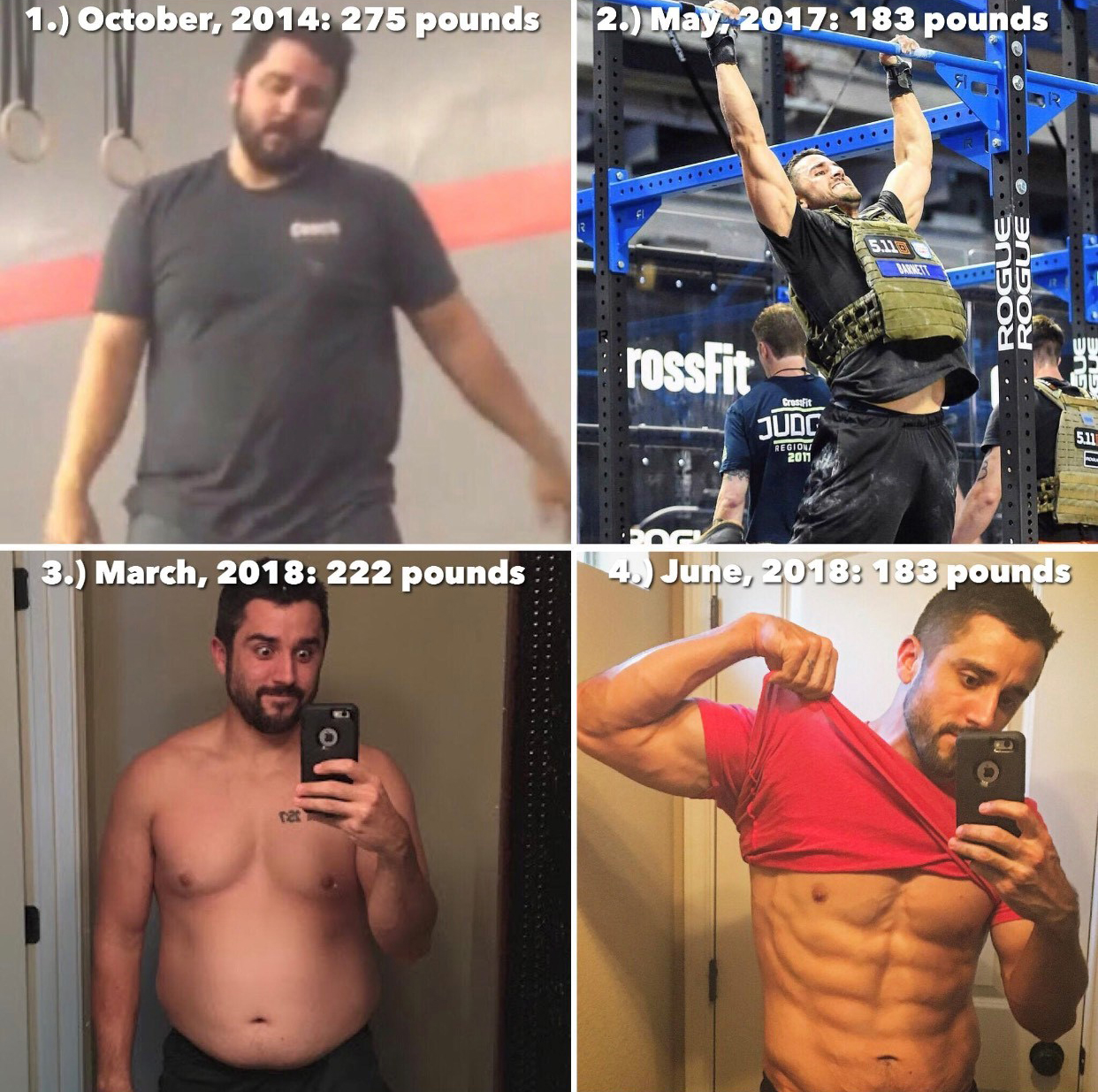 Barnett emphasizes on his GoFundMe page that he will be performing this workout EVERY. SINGLE. DAY. So we asked him what it took to train for this and, more importantly, what he does to recover between workouts. These were his quick tips:

Other than that, he said (again) he does not take supplements and doesn’t do anything special like taking ice baths.

Phew! I hope he has a good masseuse! Our muscles cramp just thinking about 300 squats in one day…

Why The Rock… and Will It Happen?

Only time will tell if Mr. Johnson will take notice of David’s campaign. With what I am sure is an unimaginably busy schedule, it’s hard to know if someone as prestigious as The Rock will be able to just hop on over and do a workout… but David Barnett certainly will be trying every single day to get his attention!! He is posting daily updates to his social channels of his progress on the campaign and diligently tagging Dwayne Johnson in every post. He is also asking everyone that donates to his GoFundMe to share it on their personal pages and tag The Rock (Facebook: @DwayneJohnson; Twitter: @TheRock; Instagram: @TheRock).

We asked David why he chose “The Rock” specifically. CrossFit is a major trend right now and there are plenty of celebrities and famous athletes he could have challenged. This is what David had to say:

“I’ve made a list of some of the reasons for choosing The Rock but in short, I chose him because I’ve always been able to relate personally to his pursuits and I thought he would be the best fit to help garner attention and support for veterans.

One thing is certain, Dwayne “The Rock” Johnson has displayed incredible support and gratitude for our nation’s heroes in the past. Even if this noble campaign never makes it on the front page of Mr. Johnson’s news, he would undoubtedly be proud of David Barnett and his selfless display of gratitude for our military service members and veterans.

Donate Now… and don’t forget to share on your Social Media Channels and tag Dwayne “The Rock” Johnson!