Service Banners: What Do They Mean?

It can be hard to keep track of all the causes people wear ribbons for. Here's a quick guide for three specific banners.

These days, it seems like there is a banner, ribbon or color for everything. It can be hard to keep track of all the causes people wear ribbons for or all the bumper stickers you see driving down the road. We are living in a time of great inclusivity and representation, and this means there are flags or banners to symbolize many different things. How can you keep them all straight? 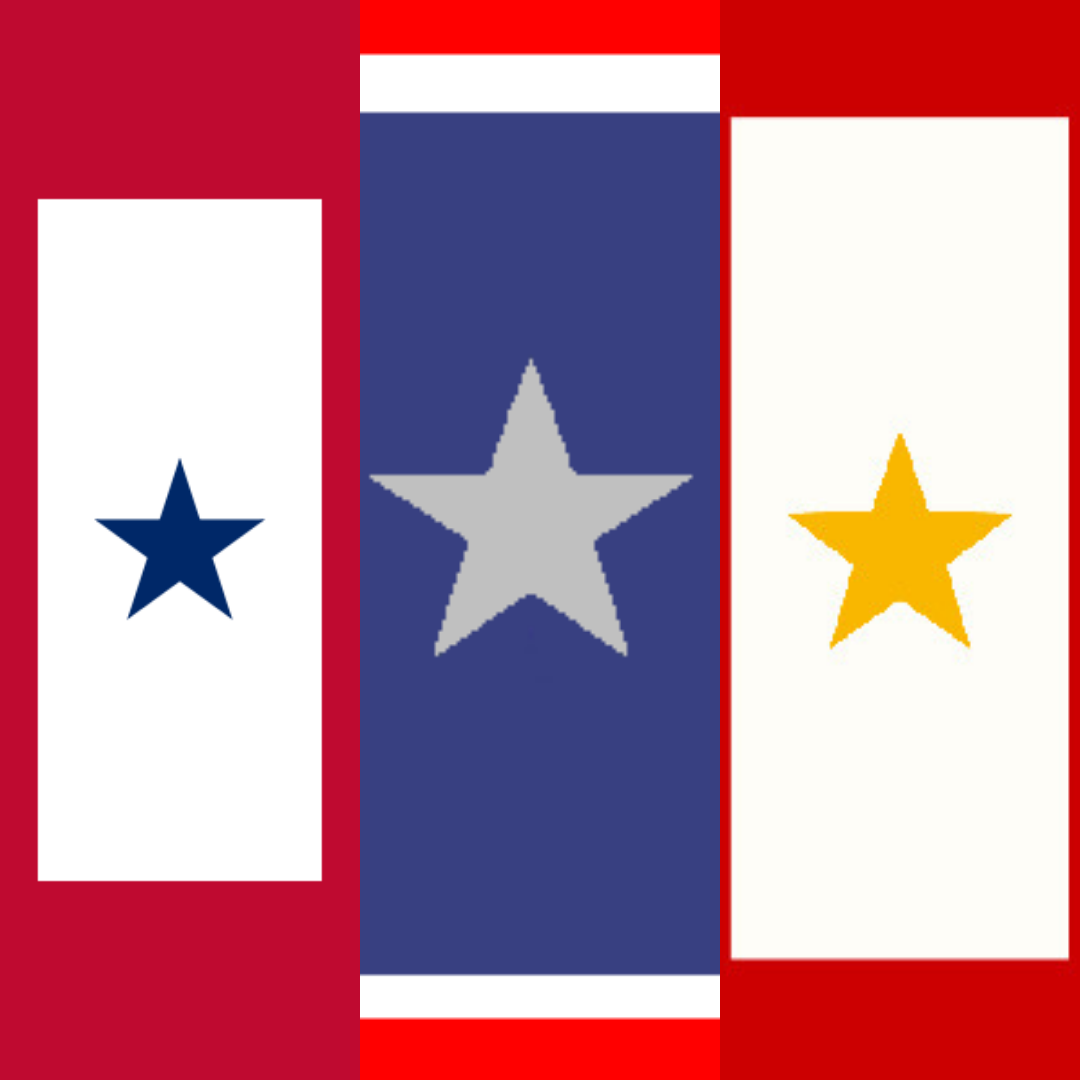 The blue star banner is probably the most widely known of the service banners. It has one blue star on a white field (meaning a white background) and is edged on all four sides with a red border. The star of this flag represents a loved one in service, either overseas or at home. Traditionally, you would hang this banner in the window of your house to represent that you have a family member serving our country. Additional stars can be added to the same flag if you have multiple family members in service. Sometimes a business or organization will hang a blue star banner to represent an employee’s active duty status.

According to My Blue Star Flag, the first banner to commemorate someone’s military service was flown in 1917 when an Army captain had two sons fighting on the front lines. The flag was adopted as the unofficial representation for a child in service. Later, it started being used to honor loved ones of all ages who serve their country.

The gold star banner is used in much the same way as the blue star banner. When the unfortunate news of a family member’s death is delivered, the blue star is replaced by a gold one. If you ever see a gold star banner, you know the family has had a loved one who made the ultimate sacrifice for their country. Sometimes a service banner might have a mix of blue and gold stars. This means that only some of their loved ones came home safely.

There are other military service banners that are based on the blue star banner but have minor changes. According to CRW Flags, a blue star banner can have any number of additional embellishments:

In April 2010, the House of Representatives voted to pass House Resolution 855, which allows a silver star to represent service members who have been discharged due to wounding.

Next time you leave your neighborhood to drive to work, take a look at the houses on your street. You may see one of these banners proudly hung in the front window of a neighbor’s home. This is a simple way to learn more about your community and feel connected to those who serve it. Behind every service banner is an incredible story of bravery, service, and sacrifice. So take the time to recognize this and thank your community members who have given so much for our freedoms.