Soldiers’ Angels Salute to Our Flag

“Resolved, That the flag of the United States be made of thirteen stripes, alternate red and white; that the union be thirteen stars, white in a blue field, representing a new Constellation.” 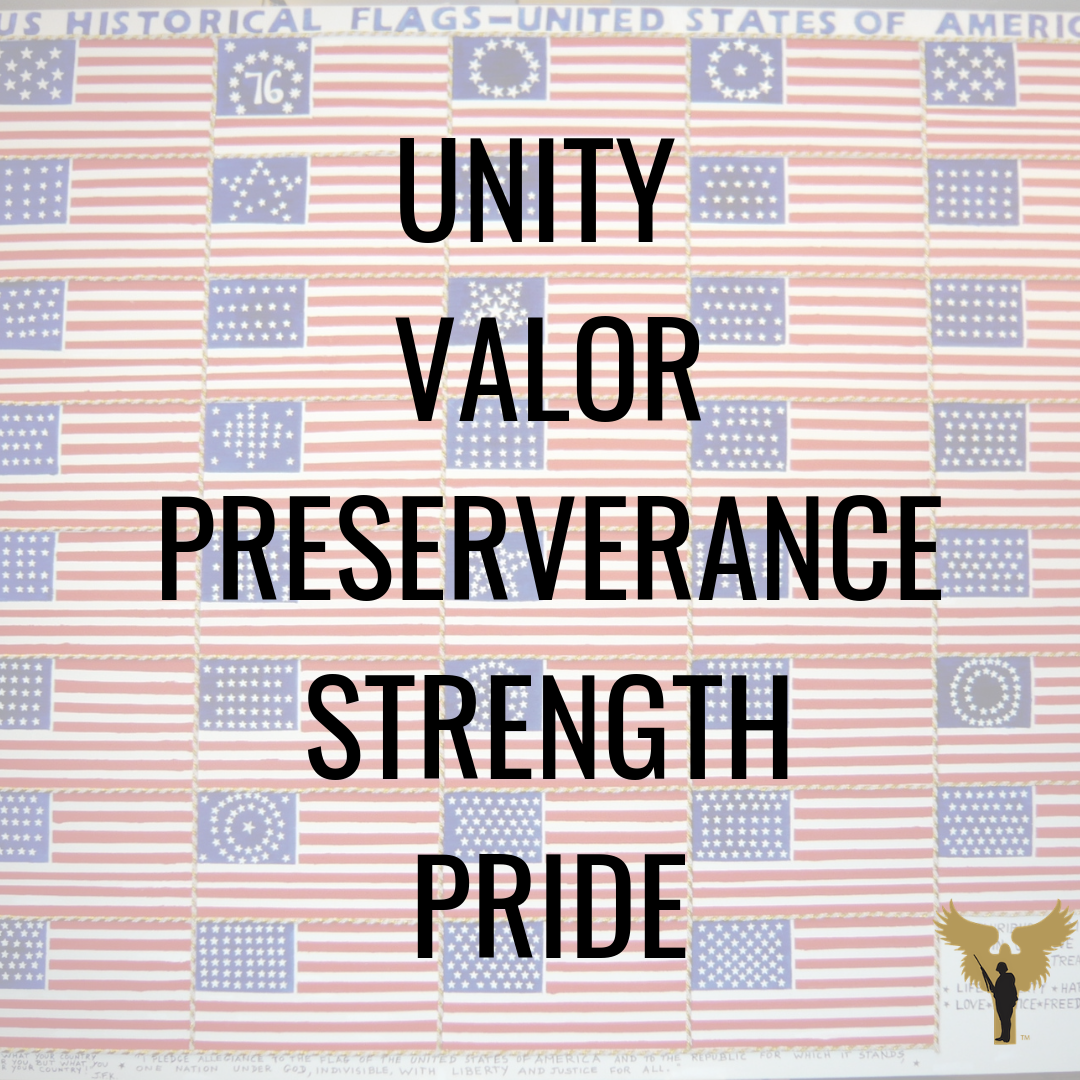 While the shape and the design of the American Flag has changed since the first one sewn by Betsy Ross so many years ago, what it stands for has not: our Nation’s strength, unity, and source of pride. The flag is a symbol and a reminder of where we came from and how we became the United States of America.

This week is National Flag Week – a week to commemorate the adoption of our flag. During this week, by Presidential Proclamation, the flag is displayed on all Federal Government buildings and Americans are encouraged to display the flag as well.

On June 14th in 1777 by resolution of the Second Continental Congress, the United States officially adopted the flag that we now know to be the U.S. Flag. In 1916, President Woodrow Wilson issued a proclamation that officially established June 14 as Flag Day.

As a way to reflect on the flag and what it means to us today, we asked some of our team to tell us what the flag means to them. Here’s what they had to say.

“The flag stands for freedom and is a constant reminder of those who fought to give us the liberty, freedom, and amazing country we have today. I am proud to have served under the flag and am proud to be an American.” – Amy Palmer, CEO

“My 4 year old, Cooper, says “that we support our military.” My 6 year old, Jackson, says, “I like it because it is the symbol of our country.” To me, the American flag represents freedom, democracy, human rights, etc. It also represents every service member who has bravely given his time, and some ultimately their lives, to defend it. It is something we value and are deeply grateful for. It reminds us daily how lucky we are to be Americans.” – Tegan Lake, Women of Valor Team Leader

“Believe it or not, Flag Day is one of my favorite holidays!! Ever since I was in grade school and first learned about it, I have always thought that it was a special day. I used to get dressed up in red, white and blue, and decorate my Keds (showng my age!!). Today as an adult, I value Flag Day for the freedom it represents for our country and for how it has inspired the many brave men and women who have proudly served our country under its banner. – Ginger Vukas, Ladies of Liberty Team Leader