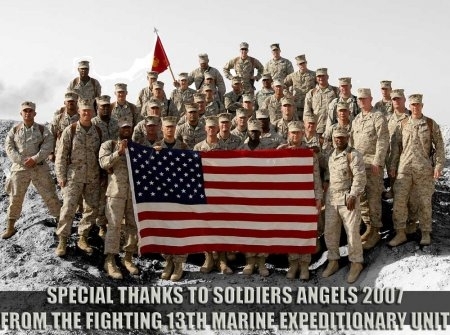 "If anybody is wondering: Where are the young idealists? Where are the people willing to devote themselves to causes larger than themselves? They are in uniform in Iraq [and Afghanistan], straddling the divide between insanity and order." -- NY Times Columnist David Brooks

May No Soldier Go Unloved

Soldiers’ Angels has a 96.5% Efficiency Rating and has become one of the highest rated nonprofits in the country. Awards include: GuideStar Platinum Participant; 2019 Top-Rated Nonprofit from GreatNonprofits; Four Star Charity from Charity Navigator; and meets all 20 Standards for Accountability from the Better Business Bureau.

The mission of Soldiers' Angels is to provide aid and comfort to the men and women of the United States Army, Marines, Navy, Air Force, Coast Guard, their families, and a growing veteran population.

Thousands of Soldiers' Angels "Angel" volunteers assist veterans, wounded, deployed personnel, and their families in a variety of unique and effective ways.
Financials Board of Directors Privacy Policy

"May No Soldier Go Unloved" encapsulates the motivation behind Soldiers' Angels. The volunteers of Soldiers' Angels work tirelessly supporting our nation's veterans, wounded heroes, deployed service members and their families.

In 2018 alone, Soldiers’ Angels provided over $25 million in aid to over 515,000 service members, veterans, wounded heroes, and military families. Through the Deployed Support Programs, combat deployed service members were supported with 28,659 care packages and 177,307 letters. The Veteran Support Program served over 24,600 veterans with food assistance and handed out over 39,995 items bedside to patients in VA Hospitals across the country. Through the seasonal holiday Adopt-A-Family program, Soldiers’ Angels volunteers “adopted” 1,637 military families, that included 2,882 military children. New and expectant spouses of combat deployed as well as active-duty female service members were provided 1,165 baby boxes to help them welcome their new bundles of joy. Soldiers’ Angels volunteers are the heart of the organization and logged over 164,524 volunteer hours just in 2018!

To see more about how Soldiers' Angels supports the troops and their families, read about our programs. 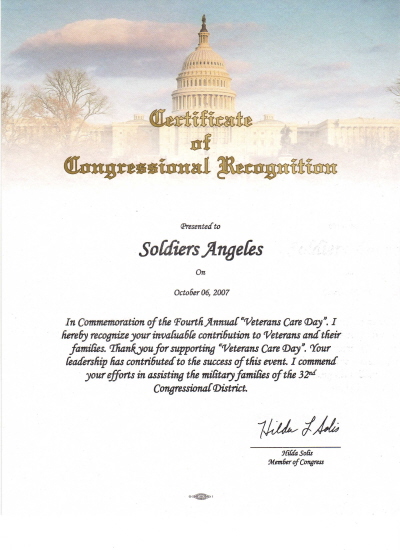